Hungarian customs and traditions are probably searched a lot on Google. In this article, we are going to give you something more useful. These facts are both interesting and practical. Some of them can even save you trouble.

Many people find Hungarian to be a beautiful language that cannot be compared to any other. The vocabulary is very rich, and many words have several meanings. But foreigners need not worry. THIS video has enough information for them to use basic Hungarian for their travels. Sure, there are more videos, but this one is more than enough.

In Hungary, the surname comes first, followed by the given name, then the middle name. So, for example, Ed Sheeran’s name in Hungarian would be Sheeran Edward Christopher, instead of Edward Christopher Sheeran. I hope my explanation is relatively easy to understand.

In Budapest in particular, foreigners should be careful of independent taxi drivers. Almost all of them scam tourists by taking them on the longest routes or asking them for more money than the actual journey would normally cost. It is strongly advised to call the companies for a taxi. Another thing to know is that taxis can be ordered for a specific person, and before getting into the car, the drivers will ask you for your name to ensure that you have called the taxi. So, in some cases, taxis do not operate on a first-come, first-served basis. Don’t be mad if someone “takes your taxi” right in front of you. However, you can ask the driver if they are free. Another great thing is that the taxi companies send you an SMS with the information about the car. If you are very careful, you can capture the message and send it to a friend or family member.

Read alsoWhy is it so difficult to find a taxi in Budapest these days?

This paragraph could save foreign students trouble. If you do not have your student card with you or if you have lost it, the card must be presented at the office of the transport company within 2 weeks. In this case, you have to pay 2,000 forints as an administrative fee. Some vicious checkers might tell you to pay 8,000 on the spot or you’ll have to pay 16,000 later. It’s a trap and it’s completely against the rules. If someone fines you 8,000 at the scene, call the office of the transport company. They will ask you to show your student card and give you back the 6,000 forints. They will get you to sign a document that you have your 6,000 forints back, and then neither party has any further demands.

After World War I, Hungary lost land to neighboring countries. Some countries got smaller parts of Hungarian territory, while others got large chunks of it. So don’t be surprised if someone comes from outside Hungary and identifies as Hungarian and speaks Hungarian as their first language. Their ancestors were not emigrants from Hungary. They have simply become a minority group in a country whose borders have changed.

According to Hungarian law, a name must be on the list of qualified names that can be registered. Otherwise, there are gaps. If a child has foreign ancestors, for example, and it can be proven that the name is suitable for registration in the respective foreign country, the parents must obtain a document to name their child as such. 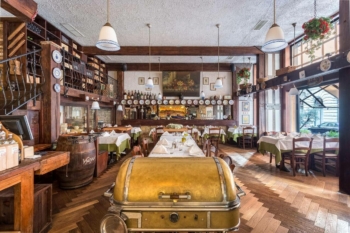