The Slovak Transport Authority has issued a certificate of airworthiness to a flying car capable of reaching speeds over 100 mph (160 km/h) and heights over 8,000 feet (2,500 m).

AirCar, a hybrid plane-car, is powered by a BMW engine and runs on regular gasoline.

According to the company, the certification came after 70 hours of flight testing and more than 200 takeoffs and landings.

Professor Stefan Klein, the developer of the AirCar, said: “AirCar certification opens the door to the mass production of highly efficient flying cars.”

“It’s official and the final confirmation of our ability to change mid-distance travel forever.”

Are flying cars the future?

In June, the flying car also made a 35-minute flight between Nitra and Bratislava, the international airports of Slovakia.

According to BBC News, the company plans to “fly to London from Paris in the near future”.

Dr Steve Wright, senior avionics and aircraft systems researcher at the University of the West of England, described the news as “a good step down the road” for the company, adding that he was “cautiously optimistic that I will see a few AirCars one day – but I think there is still a long way to go”.

Other companies are working on flying cars that can also be driven on the road.

The PAL-V Liberty, a three-wheeled gyrocopter that flies like a helicopter, is road legal in Europe and is pursuing certification from the European Union Aviation Safety Agency.

Dr. Wright, on the other hand, is skeptical of the mass appeal of flying cars.

“Are flying cars the future? Yes… and no,” he said.

“The personal transportation revolution is definitely coming but doesn’t really look like it.

“From a transport point of view, it has a niche – albeit a very interesting one.” 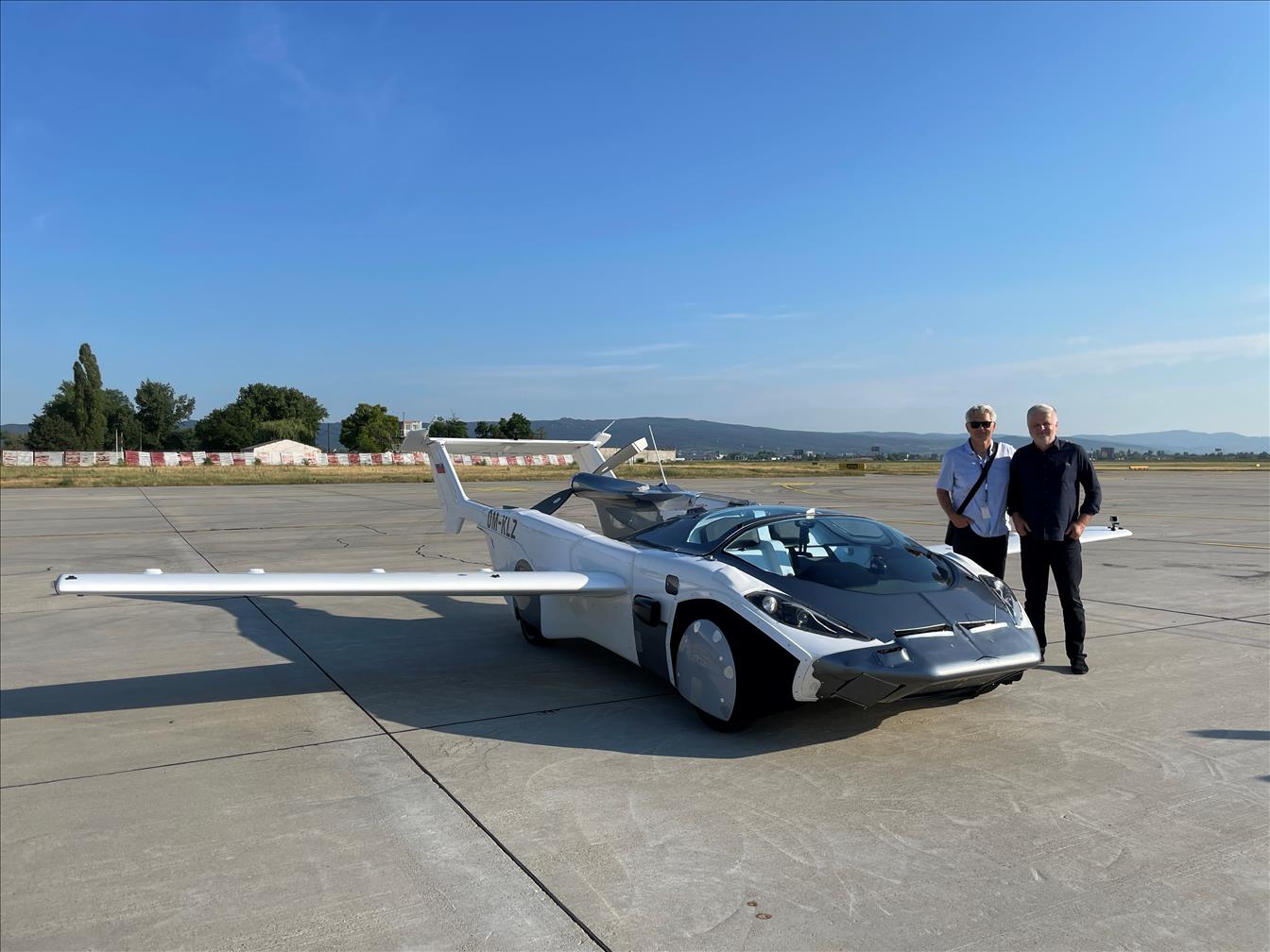 The AirCar is a small plane that takes off and lands like a regular airplane and requires a pilot’s license to operate.

Unmanned air taxi services with autonomous flight and vertical landing and take-off are being developed by several companies.

They are promoted as a convenient and flexible mode of transportation, and some also attract significant investment.


Legal disclaimer: MENAFN provides the information “as is” without warranty of any kind. We assume no responsibility for the accuracy, content, images, videos, licensing, completeness, legality, or reliability of any information in this article. If you have any complaints or copyright issues related to this article, please contact the provider above.