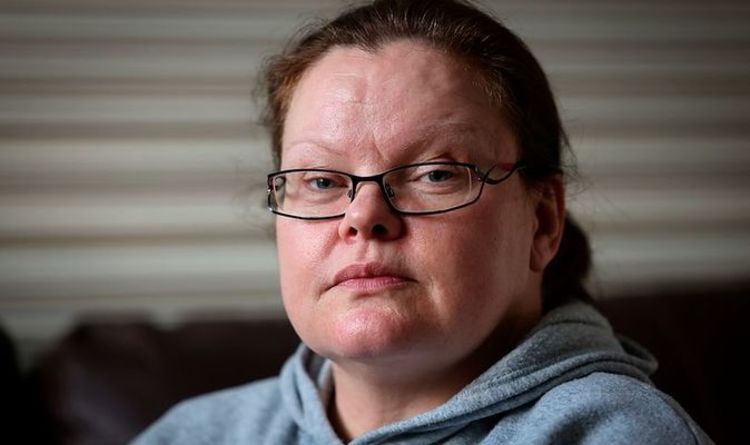 Kim Blagden, a taxi driver from Nottinghamshire, entered the car park to drop her passengers off at their destination and paid Â£ 4 for a ‘quick deposit’. She said she went to the cash machine while in the vehicle to pick up the receipt, which she needs to claim her expenses.

Ms Blagden, who previously worked for DG Cars, said the taxi company was handling the issue on her behalf.

The initial incident took place on July 12 last year and is still being dealt with by both parties.

A spokesperson for DG cars said: â€œWe can confirm that we have appealed several times and it has been rejected each time.

â€œThe safety of people visiting East Midlands Airport (EMA) is of paramount importance and controlling the flow of traffic on the airport site is essential for this.

“For this reason, the roads in the airport grounds are drawn in red and the ‘no stopping’ signage is clearly visible to discourage drivers from waiting in non-designated parking areas when dropping off and picking up vehicles. passengers.

â€œAll drivers have the choice between drop-off and pick-up parking at the airport. A fifteen minute quick drop-off trip costs Â£ 5, while a 30-minute short stay 1 car park costs Â£ 6. One hour of free parking is also available in Long Stay 2. “

A representative from Vehicle Control Services Ltd, which operates the app at the airport, told Nottinghamshire Live: â€œRoad management at East Midlands Airport is aimed at ensuring the safe passage of vehicles around the site and at deter vehicles from stopping or parking in areas. this would pose a potential danger to the safety of pedestrians and other road users.

â€œOn July 15, 2020, our mobile CCTV enforcement vehicle observed Ms. Blagden’s vehicle parked in the exit lane of one of the airport parking areas, causing potential obstruction for other vehicles.

â€œThe captured images clearly showed the parked vehicle and showed no obvious signs of distress or urgency as its hazard lights were not active. Therefore, it was considered that the vehicle had been dangerously stopped and was received a parking charge notice to stop a vehicle where stopping is prohibited.

“Ms Blagden appealed the opinion and this was first refused by ourselves as the footage did not sufficiently support Ms Blagden’s mitigation of the event.

“However, following a further review of the additional evidence provided by her to the Independent Appeal Service, we have decided to quash the charge and allow the appeal on the grounds that Ms. Blagden paid for her parking and had reasonable cause to stop, although we would have indicated that in such circumstances it would have been appropriate to turn on the hazard lights to alert other vehicles of the situation. “