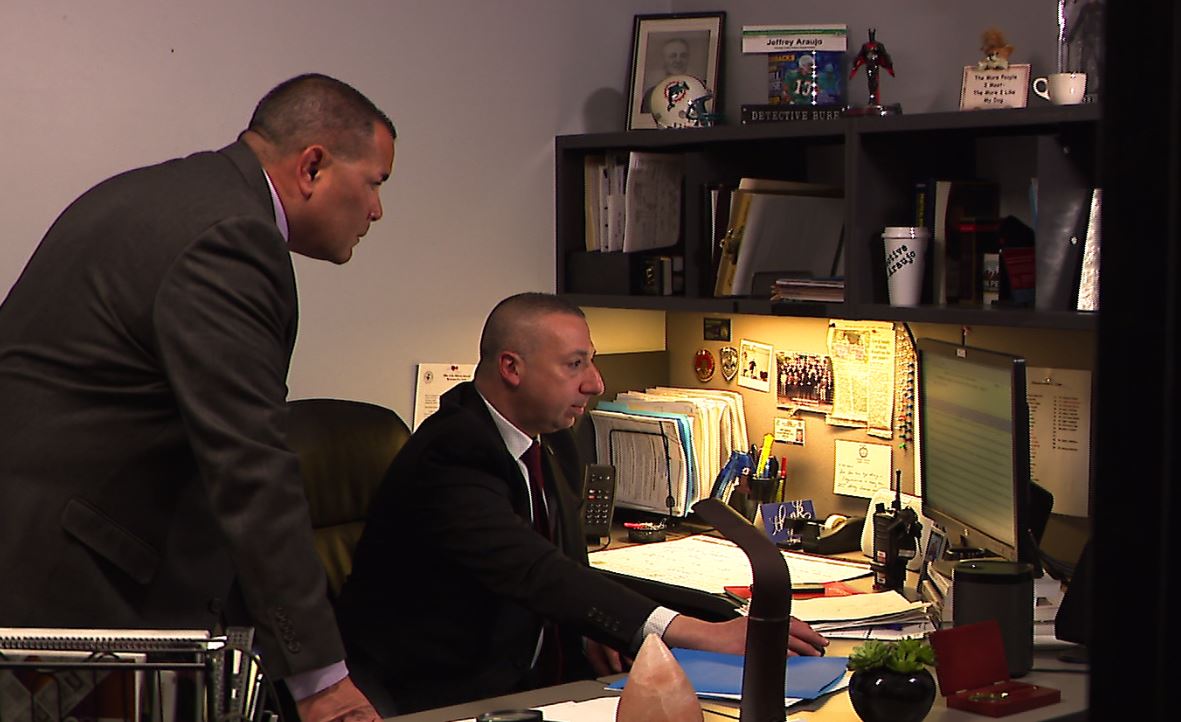 “He had a feeling … that something bad was going to happen to him or might happen to him,” Central Falls Police Maj. Christopher Reed said.

And he was right.

Rodriguez was shot by one of these passengers in broad daylight on July 16, 2007.

It was his 42nd birthday.

Reed and Detective Sgt. Jeffrey Araujo responded to Garfield Street that day and found Rodriguez slumped in the driver’s seat with a gunshot wound to the head.

Witnesses told them at the time that several people ran away immediately after the shooting.

Reed and Araujo followed their lead and eventually discovered a red baseball cap, which would eventually become crucial piece of evidence.

It wasn’t until almost a decade later that advances in DNA testing linked the baseball cap to one of their initial prime suspects: Ezekial Johnson.

“He was someone we suspected, we just couldn’t build this case [against him]“said Araujo. “With that [DNA match], we ran away. We had concrete evidence that puts him on that stage.

Investigators were able to confirm through cooperating witnesses that of the three men in Rodriguez’s taxi that day, it was Johnson who pulled the trigger.

Johnson was convicted of first-degree murder in July 2018 and received two consecutive life sentences, plus a consecutive 10-year sentence.

Taxi Driver’s Daughter to Her Father’s Killer: ‘Rotting in Hell’

Rodriguez’s daughter, Anarianny Rodriguez, vented all of her pain and anger at Johnson as she read her family impact statement in court.

“My dad deserves justice,” she concluded before turning her attention to Johnson. “And, your honor, excuse me, but you deserve to [expletive] rot in hell!

In a statement to 12 News, Rodriguez said his father was “hardworking, kind, noble, generous and funny.”

“After my father was murdered, it was like an invisible weight was placed on me,” Rodriguez recalled. “Fast forward 10 years, after hearing the guilty verdict and sentencing, I felt like the weight was physically coming off my body.”

“While nothing will take away the pain, suffering or bring my father back, my family and I will be able to have the closure we have been desperately seeking,” she continued.

Earlier this month, Reed and Arajuo were among 18 law enforcement officers across the country to receive the United States Attorney General’s Award for Distinguished Service in Community Policing.

The award was given to them for their relentless pursuit of Rodriguez’s killer.

“We always use the word ‘justice’,” Araujo said. “It’s a simple word, but it means so much more than that. It means so much to Jose Rodriguez, who has since passed away, and to his family too.

Despite national recognition, Reed and Arajuo know their work is not done.

“We savored this moment where we were able to do this family justice,” Reed said. “Then we looked at each other a few days later and were like, ‘Okay, who’s next? “”

Johnson, who was 17 at the time of the fatal shooting, maintains his innocence to this day. He recently wrote a letter to 12 News claiming he wasn’t there when Rodriguez was killed and that the police got the wrong person.

“I have been wrongfully incarcerated for over four years,” he wrote. “I can never recover this time.”

Rodriguez said she was reassured to know that Johnson was behind bars.

“He’s where he belongs, where he can never hurt innocent people again,” she said.