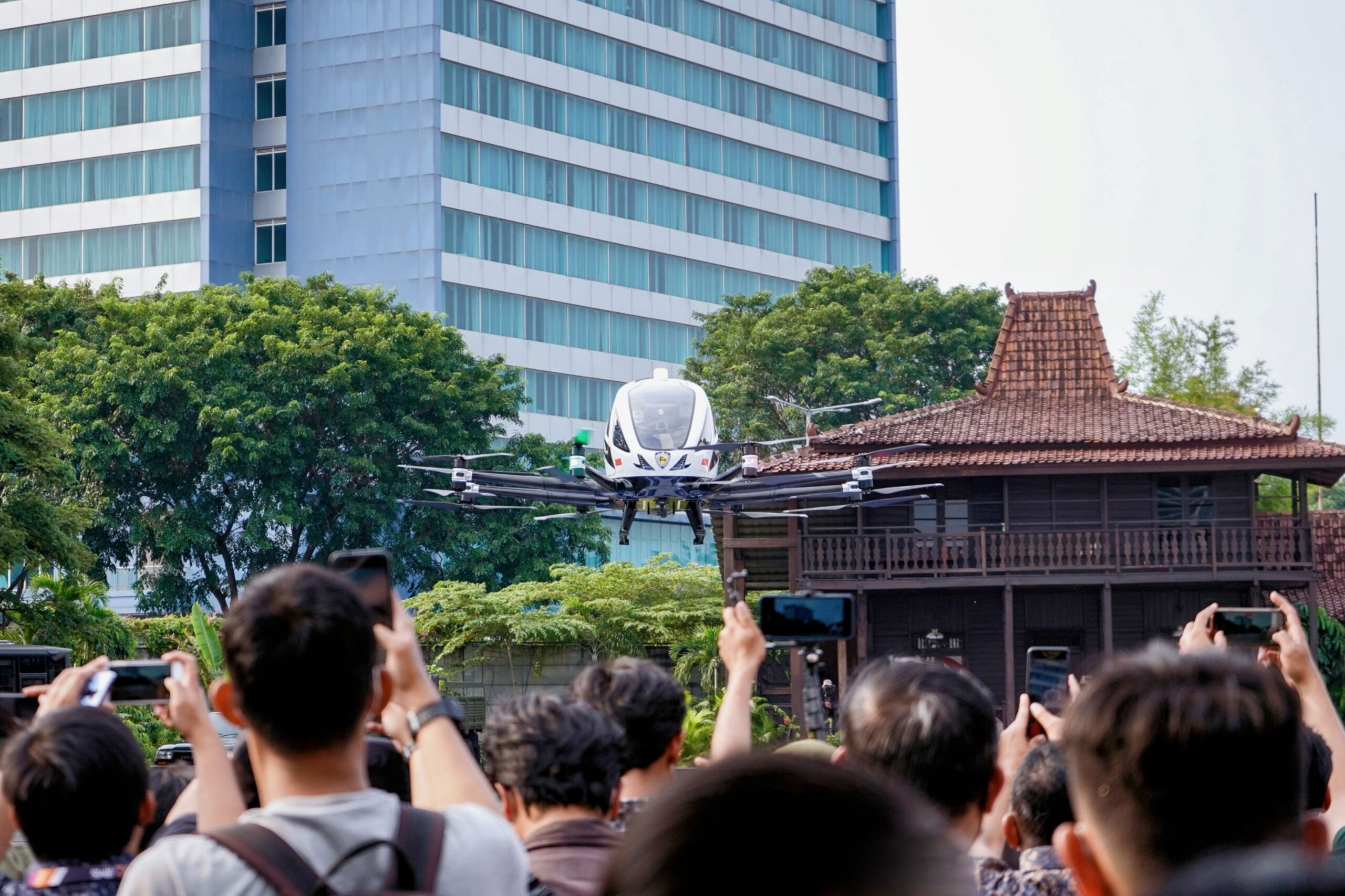 EHang’s deal with Prestige Aviation in Indonesia was announced during an online signing ceremony Monday at the Jakarta International Motor Show.

The announcement comes a year after Prestige and EHang conducted a joint flight demonstration of the EH216 in Bali. EHang is targeting the EH216 for multiple roles, including the air tourism market.

“We hope to explore more opportunities to facilitate the implementation of UAM in Indonesia and seek breakthroughs in infrastructure, airworthiness certification and other related areas,” said Bambang Soesatyo, Chairman of the Consultative Assembly. of the People, Republic of Indonesia, during the ceremony.

An archipelago comprising thousands of islands, Indonesia is seeking “a new mode of transport that can facilitate inter-island mobility” which “will undoubtedly help regional economies to grow exponentially”, said Rudy Salim, executive chairman of Prestige Aviation.

EHang Founder, Chairman and CEO Hu Huazhi said the company plans to “further accelerate the development of UAM [urban air mobility] in [the] Asia-Pacific region with the aim of bringing cutting-edge AAV technologies to people.

The Prestige pre-order comes two weeks after EHang announced that it plans to obtain type certification in China for the EH216 by mid-2022. The company said it expects the plane to enter service in China shortly thereafter.

Besides Indonesia, EHang has also partnered with airlines in Malaysia and Japan. The company claims to have conducted more than 20,000 autonomous test flights of its eVTOLs in 11 countries.