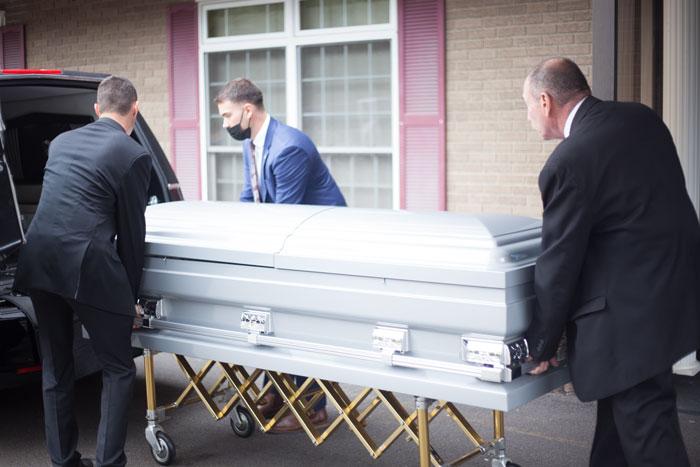 NEWBURGH – The funeral for the Newburgh taxi driver, who was gunned down while on duty last week, took place on Saturday.

De La Cruz, who was part of a family of taxi drivers, has been described as very hardworking and respected. A group of his colleagues attended his funeral wearing shirts dedicated to his memory bearing his nickname and image. His colleagues spoke very loudly about him.

Anthony Benitez, De La Cruz’s colleague for five years at Express USA Taxi, said that De La Cruz was a mentor, a good friend to him and that he is sorely missed.

“There were times when we hung out after work, had a drink or two, usually on weekends – Fridays and Saturdays – would talk about the day and what was going on,” Benitez said. “He called me every afternoon and night to ask if I was eating. – Oh, you haven’t eaten. Let’s go get some tacos. Just a lot of great memories, ”he said.

De La Cruz’s family and friends are hopeful that the tragedy that befell him will encourage the city to step up driver protection and police protection for city residents in general.

Mario Arbayza, De La Cruz’s brother who offered a $ 15,000 reward last week for information leading to the shooters’ arrests, said taxi drivers were among many essential workers during the pandemic who help the city get through, deserve more protection and hope this situation has won it doesn’t happen to someone else. The federal ATF contributed $ 5,000 towards the award.

To raise awareness about the De La Cruz murder investigation and city safety, a march from 144 North Miller Street to the city police station will take place at 11 a.m. on Thursday.