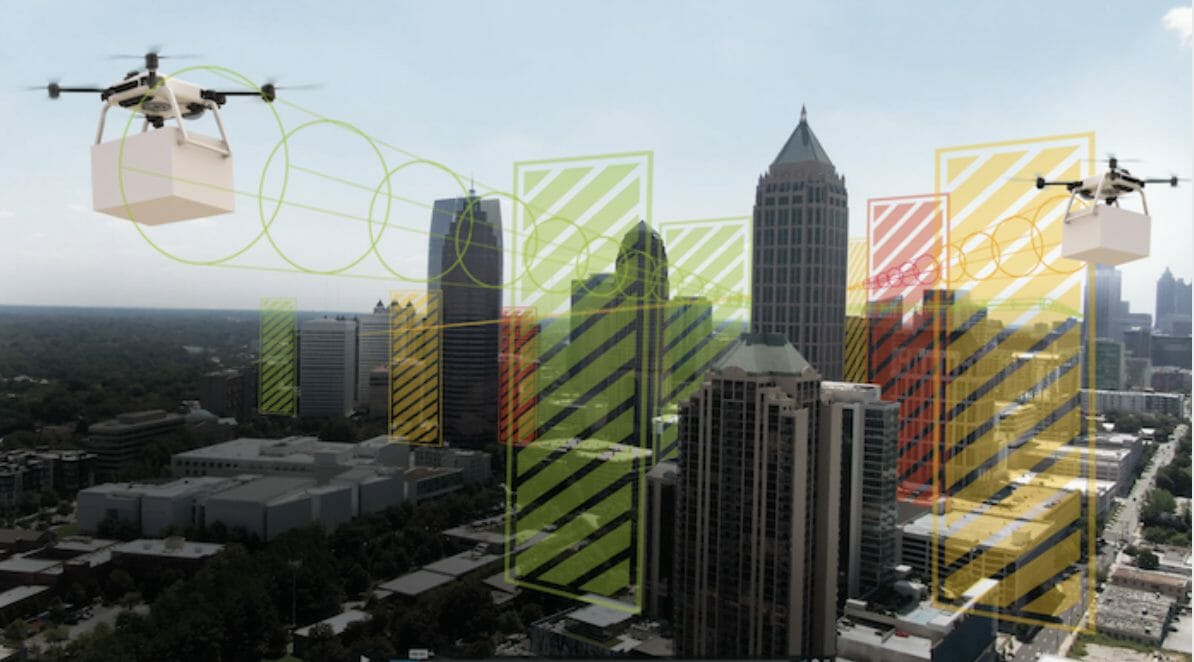 Spirent Communications has launched GNSS Foresight, a cloud-based solution that enables GNSS users to gain advanced knowledge about the strength and reliability of GNSS signals at specific locations in their operational areas. The service will have an early application for aviation, unmanned and autonomous platforms, but Spirent vice president Jeremy Bennington said Inside GNSS that its potential is much greater.

“The next step is to use Foresight data to improve the performance of all GNSS receivers. Can we extract more precision, more reliability if we know which satellites are best to use in a particular environment? Yes.”

Simply put, Foresight can improve performance in terms of reliability and integrity.

By informing operators in advance where and when GPS or GNSS positioning is reliable, GNSS Foresight accurately predicts where and when unmanned vehicles, air taxis and drones can operate safely and reliably beyond. line of sight (BVLOS), especially in urban areas where buildings frequently obstruct GNSS signals.

The service is the first of its kind and addresses one of the key issues facing developers and operators of unmanned aerial vehicles (UAS) and autonomous vehicles. Because GNSS performance can be unpredictable in urban and suburban areas due to signals obscured or blocked by buildings, autonomous systems have not been able to rely on GNSS for precise positioning.

Foresight takes advantage of the existing GNSS capability of aircraft and equipped airspace. “Drones and electric vertical take-off and landing (E-VTOL) air taxis have pent-up demand,” said Bennington, PNT Insurance vice president at Spirent. “They need to reinforce the public’s perception that they can operate safely and provide a useful service. They must also demonstrate to policy makers that it can be done safely. “Foresight offers the possibility of doing so.

Foresight’s capabilities have been demonstrated in a Inside GNSS August 11 webinar, available now for download here. (See additional notes at the bottom of this article.)

After the webinar, Bennington said, “We went to the Association for Unmanned Vehicle Systems International (AUVSI) XPONENTIAL show – and we didn’t sit for a week! It was nonstop for us, incredible interest from the aviation communities and E-VTOL air taxis for more reliable navigation and safety for their planes.

“The ability to have Foresight as an advisory service as part of their thinking, to make sure they can meet existing standards, that really resonates. “

GNSS Foresight’s ability to accurately predict where and when their autonomous systems will operate allows users to scale their operations or services by expanding operational areas, reducing the number of system disengages, and providing a higher level of security. and reliability when reducing – or ultimately eliminating – human involvement in the task of driving or piloting.

GNSS Foresight overcomes navigation and positioning challenges by providing advance real-world situational awareness for pre-flight, or for real-time performance enhancement, via a cloud-based service Bennington said. “It can be used to determine areas where it is still possible to fly or operate safely, in addition to finding the exact time in a degraded area where specific operational requirements can be met. GNSS Foresight enables operators to improve efficiency, safety and return on investment through the resulting operational improvements. “

Beyond BVLOS to PNT Industry-wide application

According to Bennington, this data could be used by any GNSS receiver to improve its performance. “One of the challenges for a receiver is that they have no situational awareness. It has an omnidirectional antenna and does not know where the signals are coming from. Much work has been done to reject multipaths or, alternatively, to extract information from these multipath signals.

“Foresight helps you do that. If you know that a signal is multipath, this is important information. Among several signals received by the receiver, how to choose the best five? At present, it is based on signal strength. But a multipath signal or a spoofed signal can be strong. Foresight can tell you if there is supposed to be a line-of-sight signal from that satellite at that particular location. It’s good for multipath and for identity theft. It provides an additional level of information about where these signals are coming from and helps you know when to reject a spoofing signal.

Bennington is the first person to have the title of Vice President of PNT Assurance, a division created two years ago by Spirent, until then known as a provider of GNSS test and assurance solutions. Spirent has had two changes in his thinking over the past decade, he says. The first one was: it is not a GNSS company, it is a PNT company. Successful timing and navigation for each industry will have to rely on more than GNSS; they will need other sensors. Spirent broadened its goal of being a simple GNSS-based supplier several years ago, creating systems to integrate and test with other sensors that may be on the platform.

A second change took place two years ago, from simulation and testing to help design systems, to insurance to help customers operate their system, to ensure they can use those systems in the real world. “A system can have extensive specifications and great testing, but the real world is different. Part of how we’ve come to this, we see the same on the communication side of our business. We have a lab and live business. After testing, when you put it into operation, you have to monitor it, provide intelligence within the network, compare it.

“We all have a common goal,” he concluded. “How do you get the most out of these GNSS systems that exist on every vehicle and every consumer device in the world? Once we have done that, then we can fill in the gaps with other technologies.

GNSS Foresight can produce forecasts using data from any satellite constellation in the world and is of particular interest to the aviation and UAS industries, as well as the automotive industry. It is now presented publicly for the first time at ION GNSS + in St Louis (September 22-24).

Key takeaways from the in-depth technical tutorial, Tools Needed to Go Beyond Visual Line of Sight (BVLOS), available now for download, include:

• What the FAA wants for BVLOS

• How Autonomous Integrity Monitoring Techniques for GPS Receiver (RAIM), Wide Area Augmentation System (WAAS), and Real-Time Kinematics (RTK) can all help, but are still not enough

• When to use GPS navigation analyzes to continue flying safely.