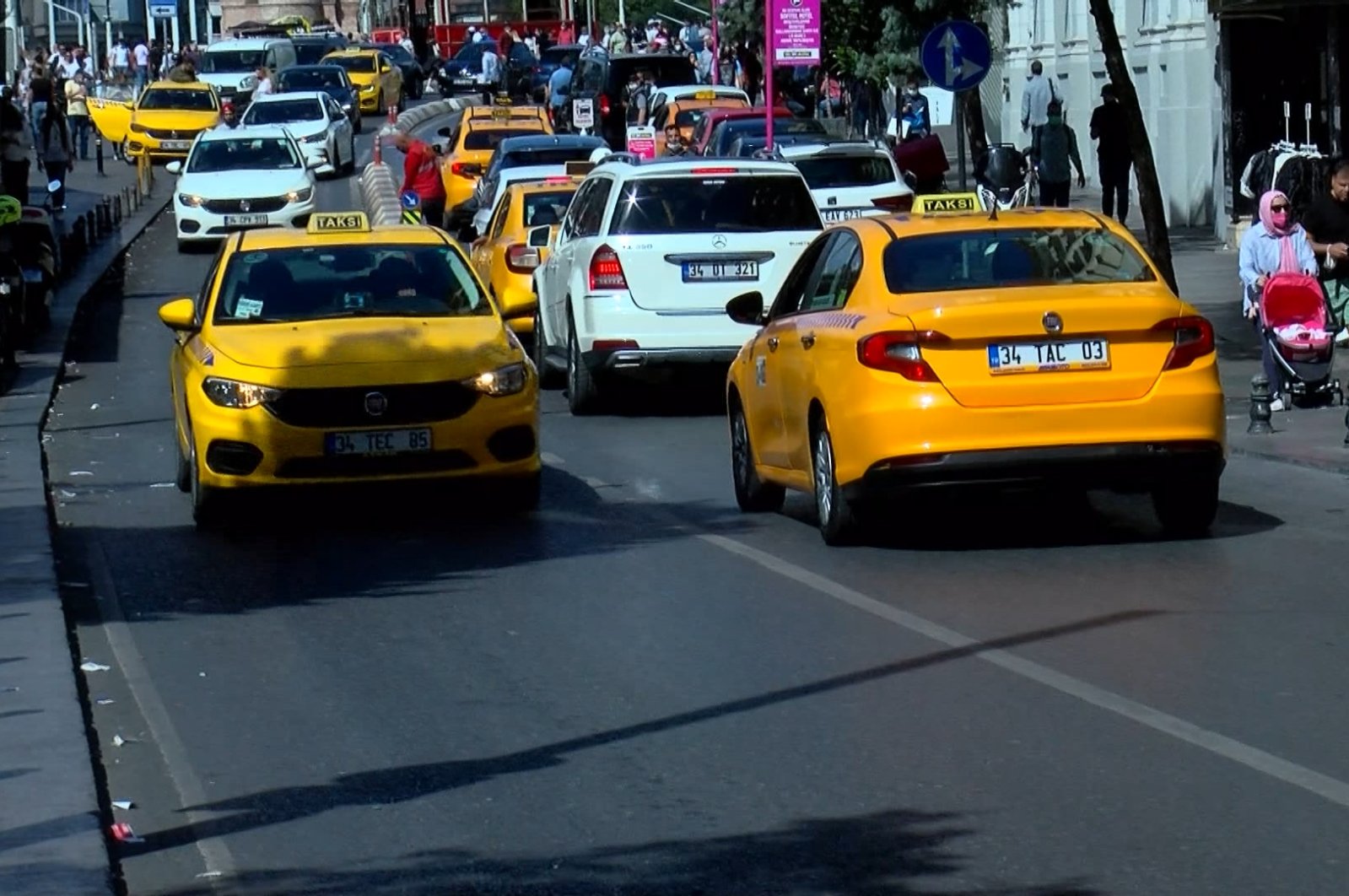 As Istanbul’s population reaches over 15 million, the demand for taxis in Turkey’s most populous city has increased. But for the lucky few who are able to find a cab, the ride isn’t as comfortable as expected, with many complaining about overload and rude drivers.

Istanbul Metropolitan Municipality (IBB) seeks to increase the number of taxis but meets opposition from taxi associations. IBB says this is the only way to solve the problem of taxis while associations say it is better to improve the conditions of vehicles than to increase their number.

More than 50,000 drivers, working in shifts, operate some 17,395 taxis across the city. Taxis are the easiest way to get around the densely populated city if you are unfamiliar with Istanbul or are tired of crowded public transport. Yet their drivers are at the center of a growing number of complaints, overcharging to tourists, selecting “funded” foreigners over Turkish customers and refusing to accept short-distance journeys. Police have stepped up inspections of taxis in recent days, fining drivers and impounding their cars, but the problem persists.

IBB has repeatedly offered to add new taxi license plates to the city, but the politically divided city assembly has yet to find a solution to the problem. The municipality’s proposals to issue 5,000 and 1,000 new license plates, respectively, were rejected at meetings of a transport coordination body.

Eyüp Aksu is one of the fierce opponents of the municipality’s proposals. Istanbul Taxi Driver Traders Association (ITEO) head said the city has “enough” taxis and efforts should instead focus on improving technology for efficient use of taxis. . Orhan Demir, deputy general secretary of the BWI who leads the transport coordinating body’s meetings on the number of taxis, says taxi drivers do not use ridesharing technologies much and they wanted to increase the number of taxis. number of taxis in the city at 23,000. Demir says that the city taxis should have “a corporate structure” and this may be possible if their plan to introduce taxis owned by IBB goes ahead.

Professor Hüseyin Murat Çelik, an urban planning expert from Istanbul Technical University (ITÜ), agrees with Aksu, citing the need for more efficient use of the limited number of taxis. “Taxis are supposed to carry passengers at least 68% of the time they spend during the day but that rate has fallen to 32% during the coronavirus pandemic,” Çelik, who conducted a study on the matter, told the Anadolu agency (AA).

Drivers ‘picking’ customers are to blame for taxis operating below capacity, but the drivers themselves point to the high costs of operating taxis, forcing them to earn as much as possible in a short time, instead of working long hours. “Taxis carry passengers an average of 3.2 hours every 10 hours and are empty the rest of the day,” Çelik points out.

For Aksu, the municipality’s request to increase the workforce is politically motivated. “We heard that they made promises to certain groups,” he told AA, hinting that the municipality was seeking to create a new revenue zone for supporters of Mayor Ekrem Imamoğlu.

He says the lack of an integrated and centralized system leaves some drivers without tariffs. “We need a system that brings together passengers and drivers. So we can avoid cases like a passenger looking for taxis on a street for a long time while a taxi driver waits for new customers for hours on a nearby street, ”he said.

Several apps are available to this extent, including IBB’s iTaksi, but Aksu says they have failed. “The equipment used for integration into the application is very fragile and affected by extreme temperatures and does not work properly to locate taxis or customers. We called on the municipality to allow more apps instead of forcing iTaksi on drivers. Taxi drivers should be able to choose any app, ”he said.

Orhan Demir says that about 85% of taxis had free iTaksi devices and that the taxi problem is “not about digitization”. “Taxi drivers unfortunately don’t use the app as much. They can use other apps to find customers, but iTaksi will remain the primary app for inspecting drivers, ”he said. Professor Çelik claims that other widely used taxi apps were not authorized by the municipality’s transport body and the use of iTaksi, which is built into every taxi with special equipment, is not very sustainable.

Faced with fierce opposition, IBB came up with a new solution and decided to convert other vehicles into taxis, instead of adding new ones to the city’s fleet. Some 250 collective taxis called “dolmuş” and 750 minibuses will serve as “new taxis” for the city once the municipality starts issuing licenses.

Taxi drivers are ready to carry passengers short distances, but this becomes a problem during chronic traffic jams. It is not even viable for them to accept long distance journeys. Aksu says that in order to solve the problem of taxis in the country, the traffic problem must first be solved.

The behavior of taxi drivers adds more problems to the mix, ranging from charging extra fees for using luggage to ignoring potential trips in bad weather, Demir said citing complaints filed with the municipality. “There is a need to improve the quality of taxis,” he said.