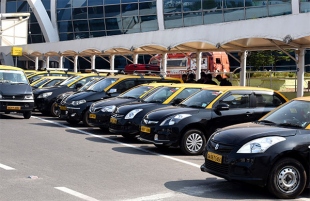 The cost of gasoline and diesel is increasing every day, impacting industries around the world. In Goa, this could have a dramatic effect on the hotel industry as well as the taxi industry which can be directly affected. People in the hospitality and taxi industry had a lot to say

The price of fuel is increasing every day. Not a development that would be welcomed by anyone. For businesses facing demand that still hasn’t picked up speed, that’s just not good news. For the hospitality industry, this is just not good news. Yes, the domestic tourist comes in droves and stays in hotels that dot the landscape. But that doesn’t mean there might be problems ahead. Savio Messias said that with taxi fares set, it would not be surprising for taxi drivers to ask for an increase in fares. Speaking of hotels, he said an increase in the cost of the services provided would be a distinct possibility. He said, “The cost of fuel means everything is going to go up. Operating costs have increased. The hotels will have to increase their rates. Remember that hotels run on generators forty percent of the day and night. In Calangute, the generators are turned on at 7 o’clock in the evening in the hotels. Power is not enough. They have to spend so much on the generator. At one point, we met with the Minister of Energy every three months. He was very helpful but the situation is still bad and now this. He added that the fisherwomen were talking about raising prices. This, he said, would affect the whole country. He argued that before everyone worked from home, so the price hike didn’t hurt too much, but now with everyone slowly coming back to their old routines, it would really hurt. He expected airlines to increase their fares, which could have an effect on business. Serafin Cotta, who heads the association of small and medium-sized hotels, said rising fuel prices would not affect posted rates, but would surely affect the cost of services in the hotel. He said, “Food and drink will increase. They are all transported to the hotel and the supplier will undoubtedly increase the cost. This must be sent to the customer. I believe we can expect about a fifteen percent increase in costs. I also expect restaurants to raise their prices. The manager of a restaurant in Panjim who was not authorized to speak said management was already considering raising the price of some dishes as it became increasingly difficult to manage costs with suppliers who already had increased costs. Another important category that has already been affected is that of taxi drivers. Levi Fernandes, who drives a cab, said customers just weren’t willing to pay the fares and would bargain very hard. He said, “They continue to demand a rebate. For a small car we were charging Rs 3,500 and now we would like to increase it by Rs 500. And if they rented a large car it would be Rs 5,000 which is an increase of Rs 500 ”. He said that would be Cavelossim’s rate at Fort Aguada, Calangute and Baga or just for eight hours. He said that sometimes customers would agree to pay Rs 100-200 more and nothing more. He said tourists rented bikes and cars, which didn’t help matters. According to him, the government wanted to regulate the taxi service, but was simply not talking about the increase in fuel costs. He said that sometimes he would be lucky to get a ticket in a day or two in a week. Another feature of the state transportation system was the pilot. Manuel Fernandes, a pilot for twenty years, said it was becoming very difficult to survive given the fact that he had a son in college. He said: “The cost of starting my bike has definitely increased. I have had some clients for a few years and it is a little difficult to ask them for a dramatic increase in rates. New customers are negotiating, especially the domestic tourist. It is not easy to be in this profession ”. Obviously, it is not easy with these cost increases. It remains to be seen how far the price will continue to rise, causing more difficulties for everyone.