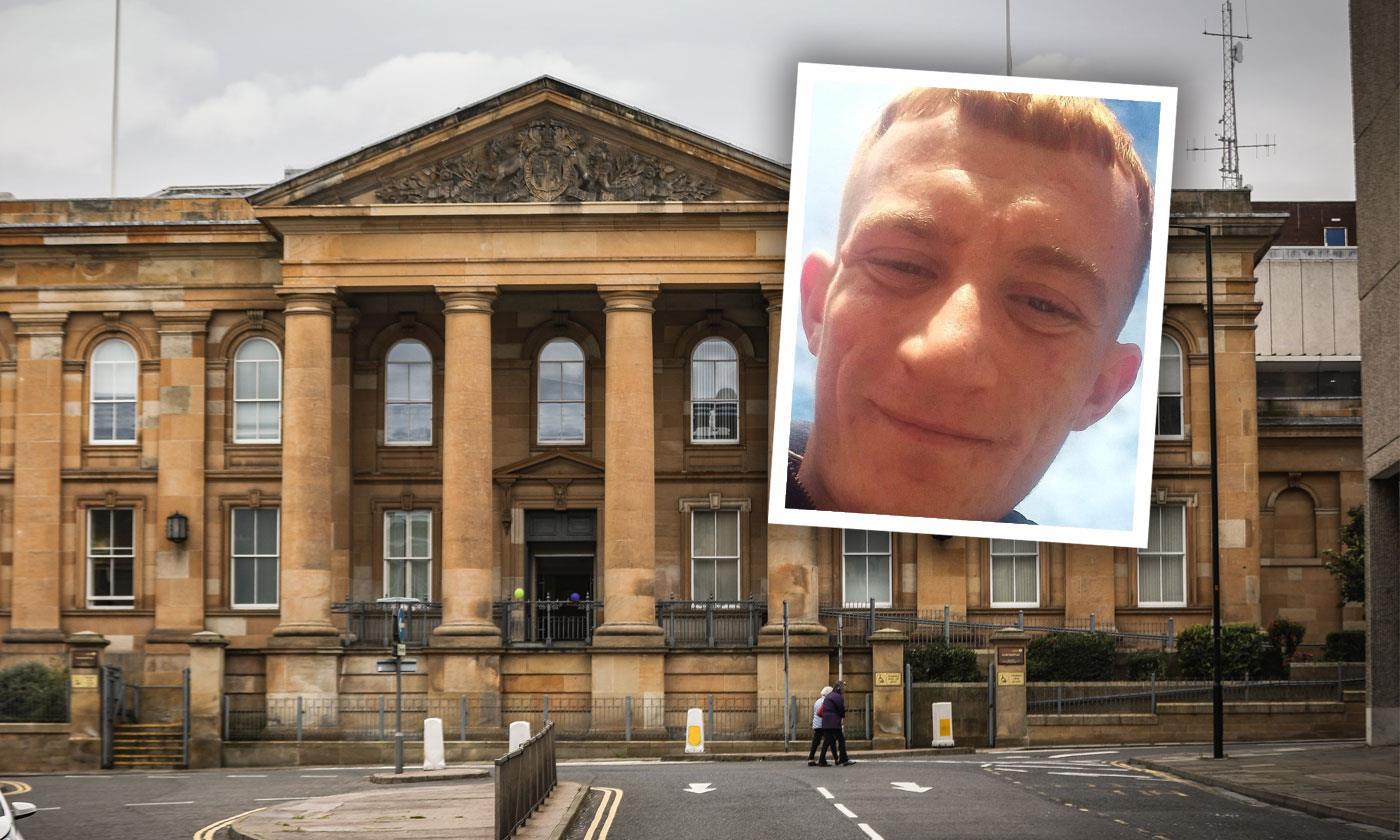 A sheriff jailed a thug armed with a knife who held up a taxi driver to recover the £ 100 he had just paid.

He removed the protective Covid plastic tarpaulin between himself and the driver and climbed to the front of the cabin.

Dundee Sheriff Court has learned that the taxi driver is still suffering from mental trauma after his ordeal.

A sheriff locked up McKeever today after previously admitting to attempting to rob Mr. Martin at the threat of a knife.

Sheriff Gregor Murray said: ‘You drank to excess and ordered a cab for the short ride to Glasgow.

“For reasons which are entirely obscure, you then changed the direction of your journey.

“You then tried to rob the taxi driver.

“Only his courage in going to seek the help of another taxi driver made it possible to prevent the incident from escalating. “

The court heard how McKeever had asked Taxis in Hampden for a driver to take him from Killermont Street in Glasgow to Argyle Street at 2.30am.

However, when Mr Martin arrived McKeever requested to be taken to Perth and paid £ 100 for the fare.

“The accused later said he was actually due to go to Perth Road in Dundee,” said prosecutor Gavin Burton.

“The defendants demanded to be taken to side streets and along highways with no real purpose before screaming to stop. “

The driver asked for an additional £ 40 and McKeever threatened him with a knife.

Mr. Martin continued to drive, while seeking help, and managed to alert another driver.

McKeever fled and his description was passed on to the police.

Plotted by the police

An officer with a dog handler joined the search and McKeever was found on Perth Road shortly thereafter.

He was arrested and denied having any sharps in his possession, but officers found an 8-inch kitchen knife in his sweatpants.

It was also established that McKeever violated the curfew imposed at Glasgow Sheriff Court.

He answered “without comment” to most questions put to him by police and had to be taken to Ninewells Hospital after revealing he had taken drugs earlier in the evening.

Long-lasting effect on the driver

McKeever, prisoner of Low foam HMP, pleaded guilty to assaulting Mr. Martin on February 11 by pulling back and damaging plastic sheeting in the taxi, getting into the front seat, brandishing a knife and demanding that he give him some money and his wallet in an attempt to steal it.

“Although fortunately the Complainant was not physically injured, there is a rather old psychological impact and the poor man is still suffering the consequences.”

McKeever was sentenced to 21 months in prison.