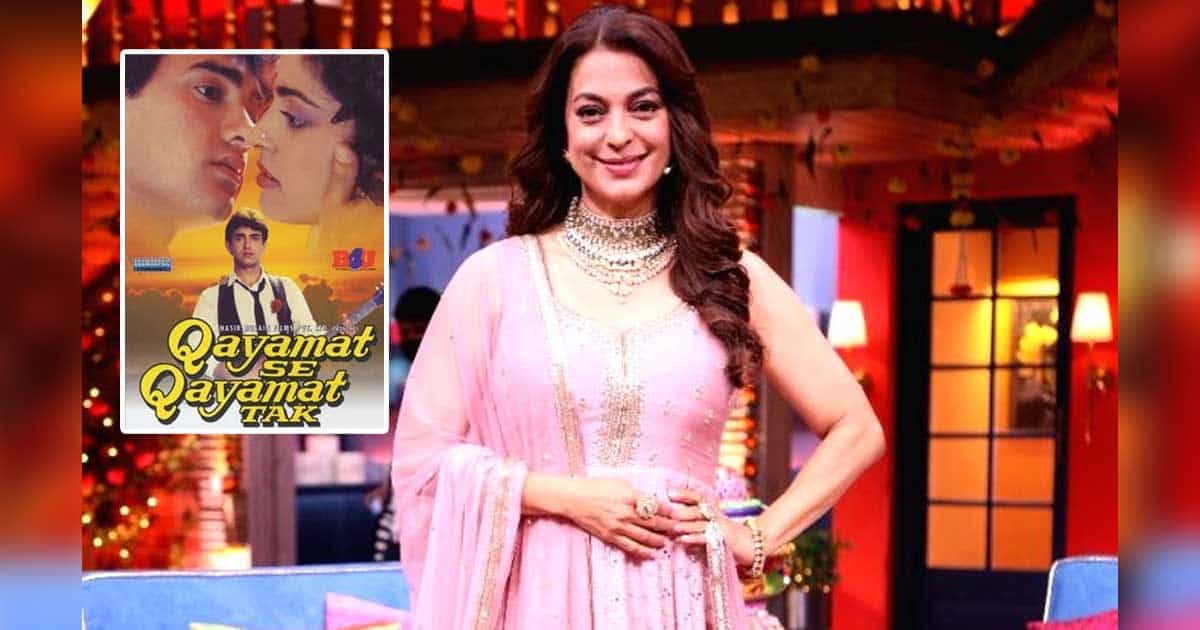 Juhi Chawla, appearing on ‘The Kapil Sharma Show’, looks back at the time when ‘Qayamat Se Qayamat Tak’ (QSQT) had yet to reach its blockbuster status. Miss India 1984, popular heroine and part owner of the Kolkata Knight Riders (KKR), Juhi will be considered a special guest on the TV show.

Remembering when she and her co-star Aamir Khan were driving around Mumbai asking taxi drivers to display the 1988 hit movie poster in the backs of their vehicles, Chawla had a sweet memory to share:

Juhi Chawla said, “I still remember the release date of our movie. Nobody knew us. Remember, back in those days, it was common for taxis to carry movie posters. There was a long line. of taxis under our building, so I would go from driver to driver asking them to put up the posters.

Chawla also recalled how she and Aamir would wait outside theaters to see how audiences react to the film. “Back then, it wasn’t like today, where daily collection figures are common knowledge in a day. We stood in front of the cinemas to see whether or not people were going to watch the movie. And we slowly learned that people really liked our movie. “

When asked how she felt after ‘QSQT’ became a mega hit, Juhi Chawla graciously replied, “Do I tell you the truth? For a long time, I just couldn’t figure out what had happened.

Must read: Gorkha: Akshay Kumar reacts to retired army officer pointing out error in poster, “We will take great care during filming”