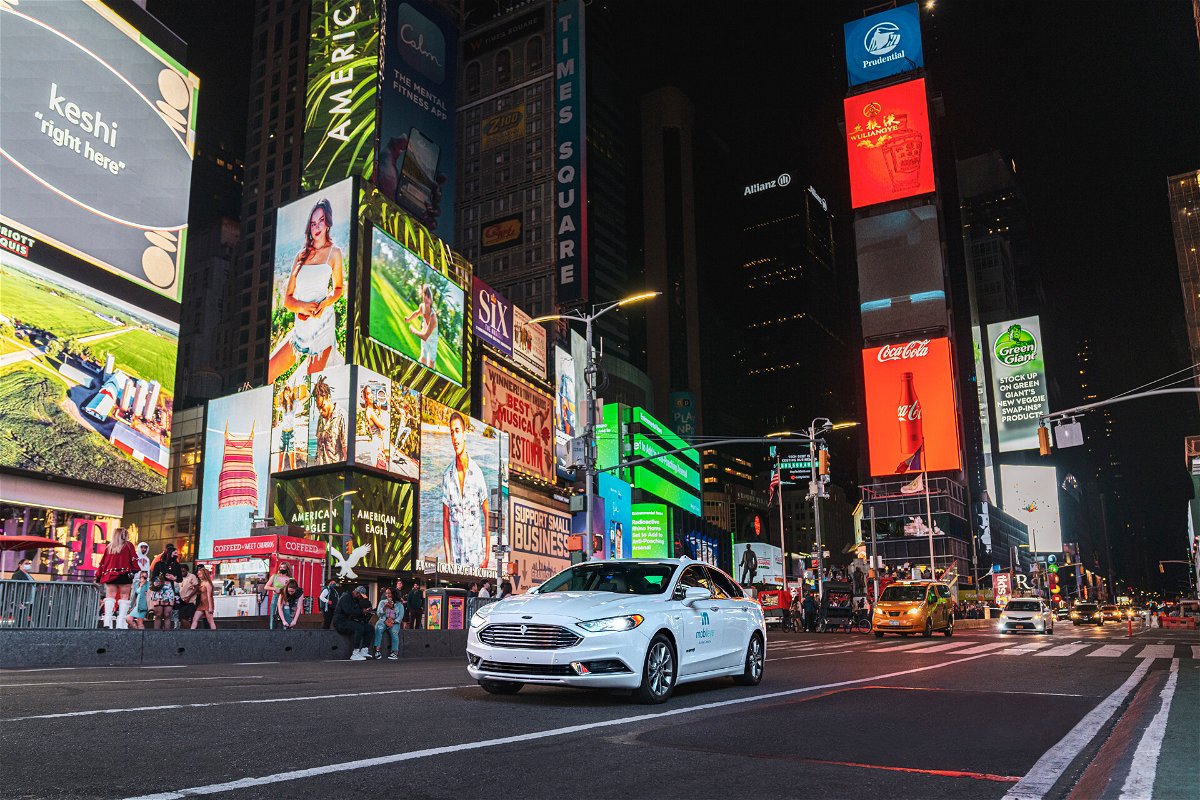 Mobileye, an Israeli autonomous driving technology company owned by Intel, has become the first company to test fully autonomous cars on the streets of New York.

While a number of companies test cars in California and Arizona, New York has not generally been used as a testing site. New York is home to crowded streets, challenging driving dynamics – aggressive drivers combined with equally rule-breaking pedestrians and cyclists – and highly variable weather. Additionally, the state has a law specifically requiring that drivers keep at least one hand on the wheel at all times.

But Mobileye has been given a special permit so that “safety drivers” in its vehicles can keep their hands completely away from the wheel. Its test cars can also operate without a police escort, which is generally required for any hands-free driving around town.

GM has already demonstrated its Super Cruise system to reporters in New York once, but this system only worked hands-free on highways and there were police escorts.

Mobileye received permits for testing after showing the results of its road tests in other cities, Mobileye CEO Amnon Shashua said. The company tested its vehicles in Tel Aviv, Munich, Detroit, Tokyo, and around Shanghai. He should soon start testing in Paris.

For now, Mobileye will test two cars in New York. The fleet will grow to seven over the next few months, the company said. Mobileye does not generally operate large fleets of test vehicles.

Cities are considered among the most difficult environments for computer driven vehicles. While cars travel at relatively low speeds through city streets – the default speed limit in New York City is 25 miles per hour – they face a variety of obstacles coming from all directions. In addition to double-parked trucks, construction and jaywalking pedestrians, New York City also has horse-drawn carriages, three-wheeled pedal taxis, and police officers standing in the middle of the streett give instructions with hand gestures.

“People are very, I won’t say aggressive, I will say assertive,” Shashua said of New Yorkers.

Faced with other road users, including pedestrians, Mobileye test cars cannot always take the cautious approach of stopping and letting others pass. For example, in the face of aggressive walkers, the car can move forward with its elbow to show that it intends to continue rather than just stopping completely every time someone gets in their way.

In some situations, the safety driver may need to provide assistance, as in the case of a human being, a police officer or a construction worker directing traffic. In the future, such situations could be handled with the help of a remote operator, Shashua said.

Founded in 1999, Mobileye is best known for its camera vision technology. Among the company’s early customers were General Motors, BMW and Tesla, but the company split from Tesla in 2016 due to differences over the use of the technology. Mobileye believed Tesla had failed to integrate Mobileye’s technology securely, the company said in a statement at the time.

Mobileye was acquired by computer chip company Intel in 2017 for $ 15 billion.

Mobileye’s test cars in New York rely solely on a suite of 12 different cameras. These cars do not use radar or lidar sensors, which are often touted by developers as having many advantages over cameras, such as the ability to see through rain and snow.

Mobileye separately tests cars with lidar and radar and without a camera. Once each type of system can safely navigate on its own, the systems will be combined into a redundant automatic driving system for commercially available vehicles, Shashua said. Cars equipped only with lidar and radar are currently only being tested in Israel, and the company did not say when testing of this system could be extended.

The company said it plans to use its technology on driverless taxi fleets, as well as on in Vehicles for personal use.

Mobileye’s computer vision systems are already in use on many vehicles on the road today – the company is a supplier to most of the major automakers – and the company uses these vehicles to collect detailed 3D map data on the roads. roads around the world, Shashua said.

New York City, for example, is already fully mapped thanks to data anonymously transmitted by thousands of cars driving here, he said.