UT, the taxi joint venture of T Map Mobility of SK Telecom Co. and US car rental giant Uber, will officially launch the two companies’ UT integrated mobility app on November 1 in an effort to increase the number of its licensed taxis. to more than 10,000 units by the end of this year, according to the CEO of UT.

UT and Uber separately operate their car calling apps, even after SK Telecom and Uber launched UT JV in April.

UT CEO Tom White said in a recent interview with the Maeil Business Newspaper that UT would allow Korean taxi users to enjoy the same Uber experience as its global users. He is committed to focusing not only on technology, but also on communication and support to solve the difficulties that taxi drivers and passengers face in Korea in order to make UT the first thing that comes. in mind when people think of ground transportation two years from now.

He said the company has made every effort to ensure reliable use of T Map’s map data and payment system by working with developers at Uber headquarters to develop the integrated application.

Korea is the only country where Uber has established a joint venture to run a stand-alone app, separate from the Uber app. Calling the Korean market “special,” White expects Korean consumers and taxi drivers to greatly benefit from the integrated UT app supported by the unique Uber system. 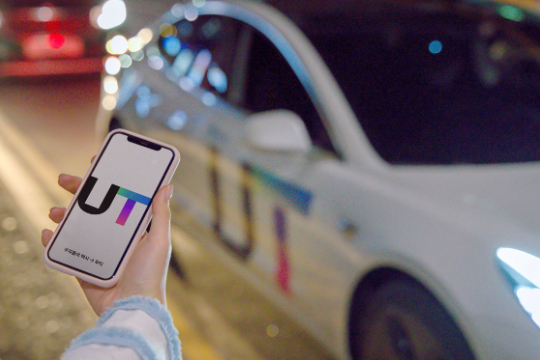 UT’s distinguishing feature over other taxi apps in Korea is its “pre-confirmed pricing system” which sets taxi fares before departure through the combination of technology and platform expertise. Uber form with map data from T Map. UT users can also use the Uber service through the UT app anywhere in the world.

In order to solve the problem of the mismatch between supply and demand for taxis in Korea, UT plans to implement a â€œflexible pricing systemâ€ that will allow taxi fares to increase during peak hours and to increase. lower at off-peak hours. It will also enable a taxi sharing service so that UT taxi drivers can earn more while passengers can save money.

White expected UT’s flexible taxi fare policy to solve many problems in the Korean mobility market, where it is still difficult for mobility app users to find taxis, while still planning. that UT’s taxi-haring service would be a â€œgame changerâ€ in the market. UT’s flexibility goes beyond the fare system, allowing taxi drivers licensed from other companies to use UT, which is an open platform.

The company plans to increase the number of its licensed taxis to more than 10,000 units by the end of the year to expand its presence in the market dominated by Kakao Mobility. Kakao Mobility’s licensed taxi service, Kakao T Blue, had 26,000 taxi units in August.

White said UT recognizes that taxi drivers are self-employed and that UT’s core philosophy is that it cannot be successful without their success. He is committed to providing them with an open and promising market to share success and achieve co-prosperity.

By Oh Dae-seok and Choi Mira