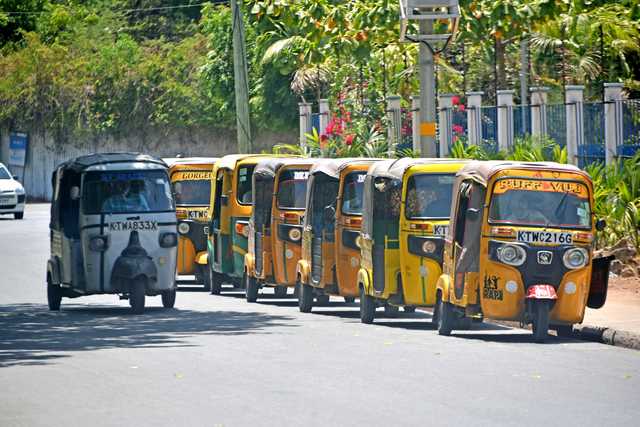 As customers and drivers clog their phones with multiple taxi apps in Nairobi, small towns offer room for the rise of more local solutions to take on global tech giants.

Managing Director Kamal Budhabatti has tried to expand his transport and logistics business, which offers Little Basic for small cars, Little Boda and Little Parcel, available to both retail customers and businesses in East Africa.

The company has also expanded to Addis Ababa, Ethiopia, targeting one of Africa’s most populous cities.

“We currently have Basic, Ladybug, Comfort and Comfort Plus. Our new addition, Tuk Tuk, will be in the economy category, ”Mr. Kamal said.

Nairobi has been the most attractive market for taxi operators, especially international players like San Francisco-based Uber Technologies and the Estonian taxi platform Taxify which rebranded itself as Bolt in search of traffic. sufficient to justify the deployment of the company.

The big players fighting for the future of urban transportation are slowly turning to the provision of on-demand services, including the delivery of food and groceries beyond public transit.

But small towns offer room for growth, especially for local businesses who are not afraid to take risks, especially on the growing penetration of smartphones.

Safaricom recently said it has 16.7 million smartphones connected to its network, including 8.5 million connected to high-speed internet, in part thanks to its Lipa Mdogo Mdogo campaign which targets rural areas.

But expansion into rural areas comes with challenges related to the decline in the volume of cars available and strong competition from local players.

The entrance to Little Cab in Mombasa is aimed at Tuk Tuks for this very reason being a very popular means of travel in the coastal city.

Tuk tuks are also very popular in Kisumu and Nakuru due to their affordability, reliability, and flexibility in accessing the interior parts of cities.

Bolt Kenya also says he is set to launch an electric scooter rental business in other markets and expand into small towns and peri-urban centers thanks to billions of shillings raised from a company of American private equity.

Competition from locally operated taxi solutions has also been relentless.

The company has low barriers to entry and can be easily downloaded from Google app stores, taking advantage of the wide coverage of the Internet network.

Besides Kisumu, they are also targeting other towns such as Kakamega and Kisii, towns poorly served by taxi services.

“After seeing the success of taxi services in cities such as Nakuru, Nairobi, Mombasa and Eldoret, we were motivated to extend the service to the west of the country because there were no major players,” said Mr Owiny said.

They have wound up owning vehicles, especially with relatively lower fuel consumption to enable drivers to get more income.

It has also led to a range of transportation options beyond cars to include boda bodas and tuk tuks, integrating package deliveries and logistics.

“Dango is an innovative and modernized ridesharing app that allows you to plan your trips with the transportation option of your choice: car, tuk-tuk or boda-boda taxi,” Mr. Owiny said.

The spread of taxi-hailing apps indicates that the industry is here to stay despite resistance from local taxis and the unregulated market, which means everyone is making their own set of rules.

Its expansion outside the big city will disrupt transportation to Kenya’s most remote village as the digital revolution spreads.

It’s no wonder that when the Kenya National Bureau of Statistics overhauled Kenya’s economy, it found that the transport sector was 2.8 percentage points higher to represent 10.8% of gross domestic product.