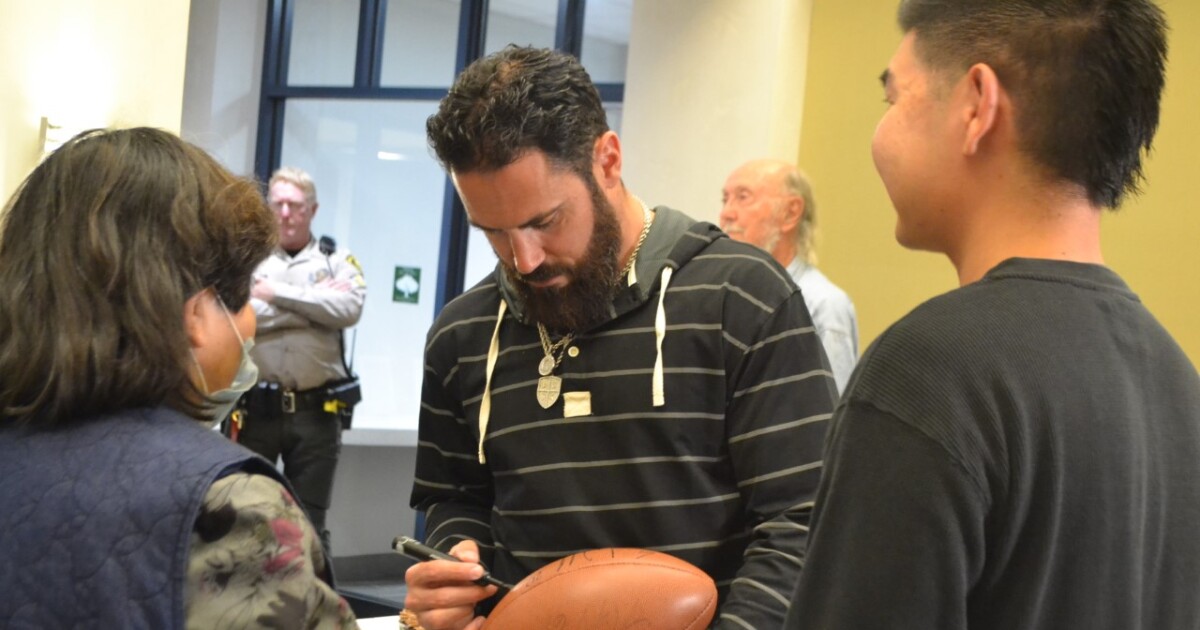 The City of Poway will plant 20 stately oak trees in the community park in honor of resident and Super Bowl LVI champion Eric Weddle.

The announcement was made in a proclamation read by Mayor Steve Vaus at Tuesday night’s city council meeting.

“That’s pretty awesome,” Weddle said, after the proclamation was read. “It’s a bit awkward for me to be in the spotlight.”

Weddle came out of retirement to win the Super Bowl with his team, the Los Angeles Rams, on February 13. This was only possible, he said, thanks to his wife, Chanel, who was at home in Poway with their four children, Gaige. , Brooklyn, Silver and Kamri Joe.

“This wouldn’t have happened without the better half,” he told those gathered in Poway’s council chamber.

“We love Poway. We love the community,” Weddle added. “It’s just a good feeling when you drive around here.”

Weddle, a former San Diego Chargers safety, sat front row with his family as a video highlighting his football career was played. Weddle had a 750-day retirement, during which he coached his son, played basketball and ran the “Weddle taxi service,” Vaus said.

Vaus said he was proud that Weddle chose to call Poway home even though he will be the head football coach at Rancho Bernardo High School in 2023.

“We’re going to try to look beyond the fact that this is Rancho Bernardo High School,” joked the mayor.

Weddle, who has lived in Poway full-time since 2018, said he considers himself a “normal Joe” who is no bigger or better than anyone else. He said he’s been working with the city for a few months to schedule the proclamation and Tuesday worked out perfectly.

After Vaus read the proclamation, Weddle mingled with the crowd, signing a soccer ball and taking pictures with people.

“It’s a lesson in humility,” he said after the ceremony.