Tesla CEO Elon Musk revealed that the fully autonomous Tesla Robotaxi will arrive in 2024 during an earnings call last month. The upcoming vehicle will have no steering wheel or pedals giving human drivers no opportunity to take over and will feature a futuristic design.

Elon Musk revealed that Tesla plans to announce the Robotaxi in 2023, and the vehicle will go into mass production in 2024. “The robotaxi will be unveiled next year, and the company plans to mass-produce it by 2024. “, said the 50-year-old Billionaire during the first quarter 2022 earnings call.

Musk also said that the Robotaxi will feature fully autonomous driving capabilities and this is one of the reasons why its development may take some time and will run alongside the development of the FSD. 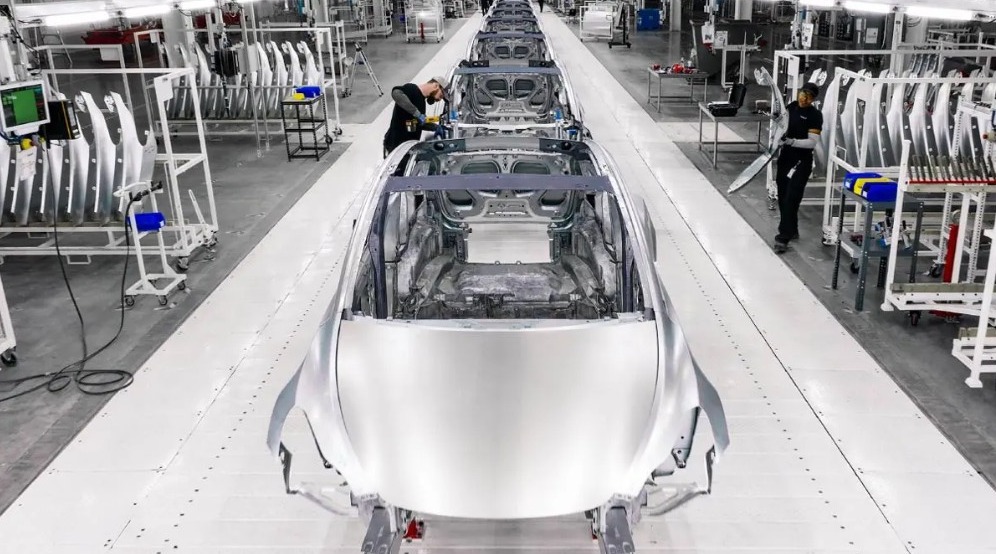 This isn’t the first time Musk has talked about a self-driving taxi since plans for the vehicle were initially presented in 2016. After that, in 2019, Musk promised that a fleet of self-driving taxis would be launched in 2020.

However, Tesla’s upcoming vehicles including the Robotaxi, Cybertruck, Roadster, etc. have all been delayed due to the global incidents. The coming years could feature significant announcements from Tesla.

What are Tesla’s plans for the Robotaxi?

Elon Musk has teased that Tesla is working on a vehicle dedicated to robotaxi services. This time, the billionaire talked about developing a custom vehicle with self-driving capabilities to serve the purpose. However, this plan differs completely from their previous plans of using non-rental vehicles as robotaxis.

The off-lease plan was a genius take by Tesla where they would simply take existing Tesla cars that were off-lease and quickly convert them to Robotaxi. The latest vehicles like the Model 3 will be the easiest to convert as they only need to remove the pedals and wheels and insert a good plate alongside some minor modifications.

Tesla is preparing to run all of its non-lease cars in its own robotaxi network, generating revenue for Tesla.

This also benefits rental customers because they have already used around 40% of the vehicle’s depreciation and it could then greatly serve as a self-driving taxi. Tesla could have saved a lot of money with this plan that no other company could replicate.

However, it appears the electric vehicle giant has scrapped the no-lease plan to convert existing vehicles into self-driving taxis. They would simply create a custom vehicle that Musk has long teased and use for regular commuters.

The Tesla Robotaxi will be a bespoke vehicle dedicated to the robotaxi service. “There’s going to be a dedicated robotaxi that’s going to look pretty futuristic“said Elon Musk. Although the company and the CEO did not tease a design, they said it will be”rather futuristic.”

Tesla is known for introducing revolutionary and controversial designs for its vehicles. We have already seen this with the Cybertruck. However, this time Tesla may not go that route as it wants to entice the masses to embrace its self-driving taxi service.

The design may look like an upgrade to existing vehicles, but with more space. It could feature face-to-face seating, large sliding doors, easy access, and will be easy to clean. Design is one of the biggest benefits of building a custom vehicle.

Tesla may also use the Robezium design like the Cruise Origin and Zoox which uses a roughly symmetrical box with a trapezoid-style shape. Besides the design, Musk promised that the Robotaxi would feature a number of innovations and introduce much-needed features.

Musk also claimed that the Robotaxi will be “fundamentally optimized to achieve the lowest cost per mile or km taking into account everything.” The CEO believes the cost will be even cheaper than a subsidized bus fare and will ultimately be a determining factor in Tesla’s growth.

Reveal vehicle likely in 2023 and aspire to reach volume production in 2024. Will be Tesla’s main growth driver. https://t.co/9fttOUPVVg

Tesla has also acknowledged that its vehicles are largely inaccessible to the masses due to their high cost. The introduction of the Robotaxi will allow everyone to experience the high-end futuristic exposure offered by Tesla vehicles.

The Tesla Robotaxi will not feature a steering wheel nor will it have pedals. It will be a vehiclevery optimized for autonomy.” However, Tesla hasn’t revealed whether the upcoming vehicle will use the suite of sensors they previously teased or whether they’ll use a modified version of the Full-Self Driving software that costs $12,000.

Tesla currently relies entirely on a camera system while other companies have moved towards using a combination of cameras, lidar and radar. Tesla could also introduce the lidar sensor in its next fleet of self-driving taxis.

The Tesla CEO also promised that all Teslas with FSD capability will be able to drive much safer than any human in the future.

“Of all the technological developments I’ve been involved in, I’ve never really seen more false dawns, where it looks like we’re going to break through, but we don’t, like I saw in Full Self Driving“, Musk said.”To solve Full Self Driving, you actually have to solve the real world artificial intelligence, which no one has solved,” he added.

Tesla appears to be accelerating its plans to compete with rivals who have also announced dedicated robotaxis like Zoox, Cruise and Waymo. It will be interesting to see how the electric vehicle giant stacks up against the other core names in the industry.