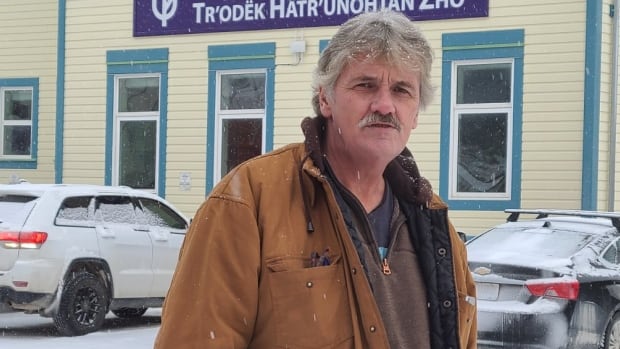 Everyone loves a good party, but for residents of Dawson City, Yukon, coming home after a night of drinking can be difficult and even dangerous.

Currently, the small northern community does not have a single taxi company or transportation service during the winter months.

That’s why former Dawson City taxi driver Lance Britney is calling on the new mayor and new council to take action and help create reliable transportation service all year round.

Britney says this is an essential service for the community and coming home can be a matter of life and death during the winter.

“You know we’ve had so many deaths in the community over the past few years… and that’s often due to the cold and lack of transportation,” Britney said.

Drunk driving is very common in Dawson City, Britney said, but residents often feel like they have no choice but to get behind the wheel while under the influence of alcohol.

Temperatures often drop below -40C in the small northern community, so walking back can be deadly if they don’t get home soberly.

“It’s not like you’re in Vancouver and you can just let the person out, they’re going to be fine,” Britney said. “You have to take care of it and there has to be an extensive transportation service.”

The most recent statistics from the Government of Yukon show that impaired driving charges in the territory are on the rise. In 2020, 90% of Criminal Code offenses were due to impaired driving.

For now, some residents have mobilized to make up for the lack of transportation.

Lindsey Bourgouin, as well as Britney, are two of them. They both volunteer to lead people in need, often completely free of charge.

Bourgouin estimates that she brought more than 40 people home last weekend. She said drink driving is rampant and agrees the lack of reliable transportation is partly to blame.

“People drive to the party and then can’t find a way back,” Bourgouin said.

“A lot of times the more sober person at the party will drive, or you don’t realize how much you’ve been drinking and driving.”

Bourgouin said residents were grateful to have someone to call home after the party and that she plans to do so again on the days of big events like Christmas and New Years Eve.

But she doesn’t have the ability to drive people every day, so she hopes to see a more reliable way for people to get home soon.

Support from the municipality needed to create a transport service

Britney says it is difficult to run a successful taxi business in Dawson City due to the high operating costs.

“The challenges here to run are incredible,” said Britney. “Fuel doesn’t last very long at -50 ° C and the insurance for commercial vehicles here in the Yukon is really, really, really high. year.”

He said there is often not enough demand to justify the costs of operating a taxi. Either way, he says it is a “necessary service”.

Britney is asking the mayor to consider creative options to deliver this much-needed service, such as using municipal resources, working with local hotels and hiring a rotation of part-time drivers.