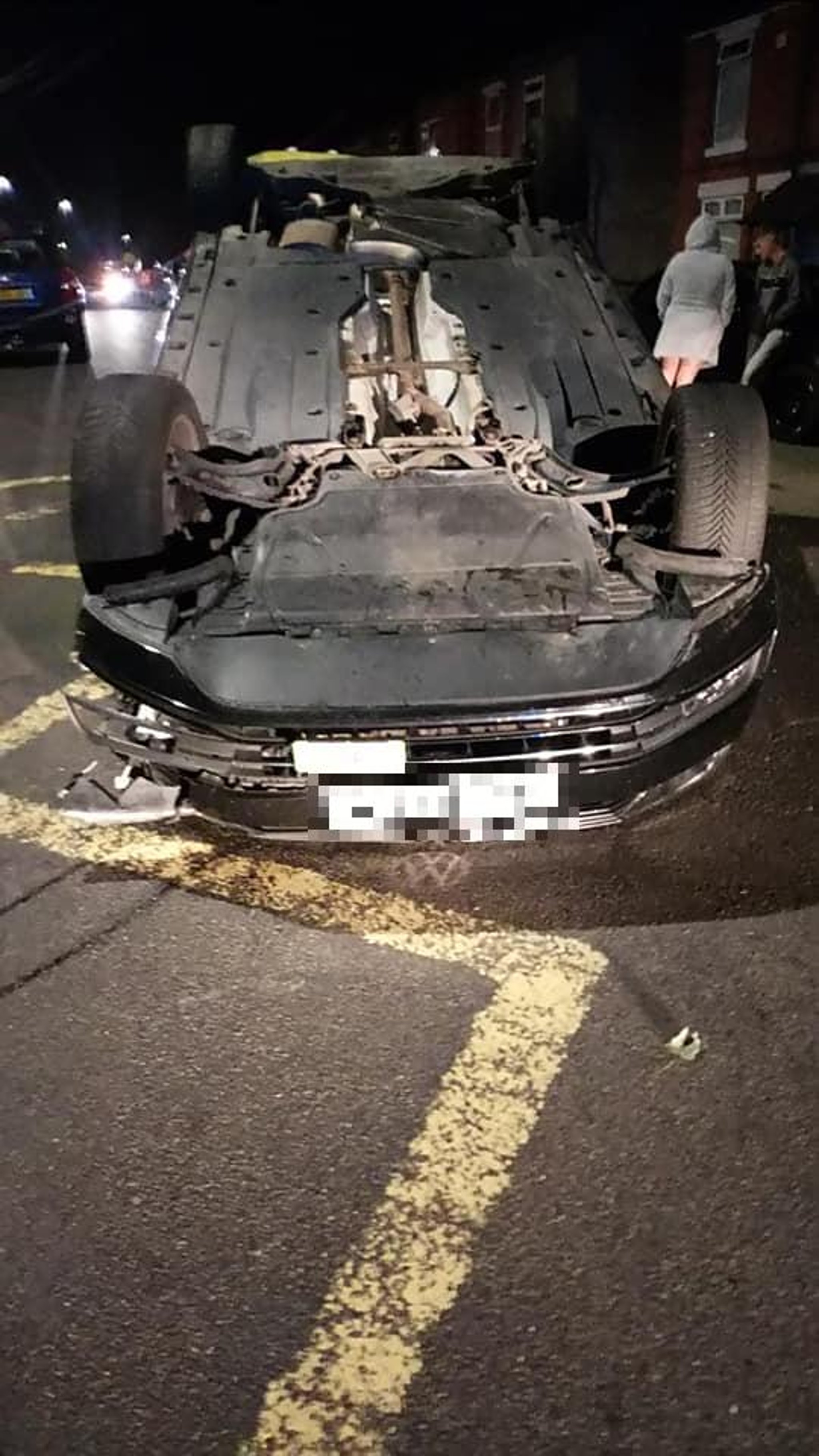 Carol Marriott, 43, was getting ready for work when the incident happened around 3:45 a.m. on Sunday, September 26.

She and her husband Tracy quickly rushed outside to see the taxi, a VW Passat, on its roof outside their house on Chesterfield Road, North Wingfield.

The cabin driver and passenger came away with minor injuries – but sadly, the same can’t be said of the couple’s cars, both Audi A3s, which were badly damaged in the collision.

Register now to our daily newsletter

The newsletter i cut through the noise

Recalling the incident, Carol said: “We got to the bottom of the stairs and the next thing we heard was that broken glass, that crack of metal and the car alarms going off.

“My husband opened the curtains in the living room and said ‘you better call an ambulance and the police, there’s a car on the roof’.

“I heard it and I knew it was mine or Tracy’s car, I kind of expected it to be her car, but it turned out to be both cars.

“My husband’s car took the worst impact, it pushed hers onto the sidewalk near the wall and pushed mine forward almost into the road.”

Carol was able to secure a rental car thanks to her insurance, which allows her to continue working as part of a hospice team.

But Tracy, a truck driver, was unlucky and now has a hard time getting to Worksop without a car.

Derbyshire Police said investigations were still ongoing into the circumstances of the collision.

Carol and Tracy’s car was damaged after being hit by the taxi in the early hours of Sunday, September 26.

Carol added: “Tracy got home early because it was a Saturday night, but normally during the week he doesn’t come home until around 4am so he could have been sitting in his car or taking his clothes out. bag from the trunk when this happened. .

“It could have been a lot worse.”

Carol said she had since tried to contact Door 2 Door Taxis – the company that employs the driver in question – but received no response, not even an apology.

Contacted by the Derbyshire Times, a cabinet spokesperson said he was awaiting the outcome of the police investigation.