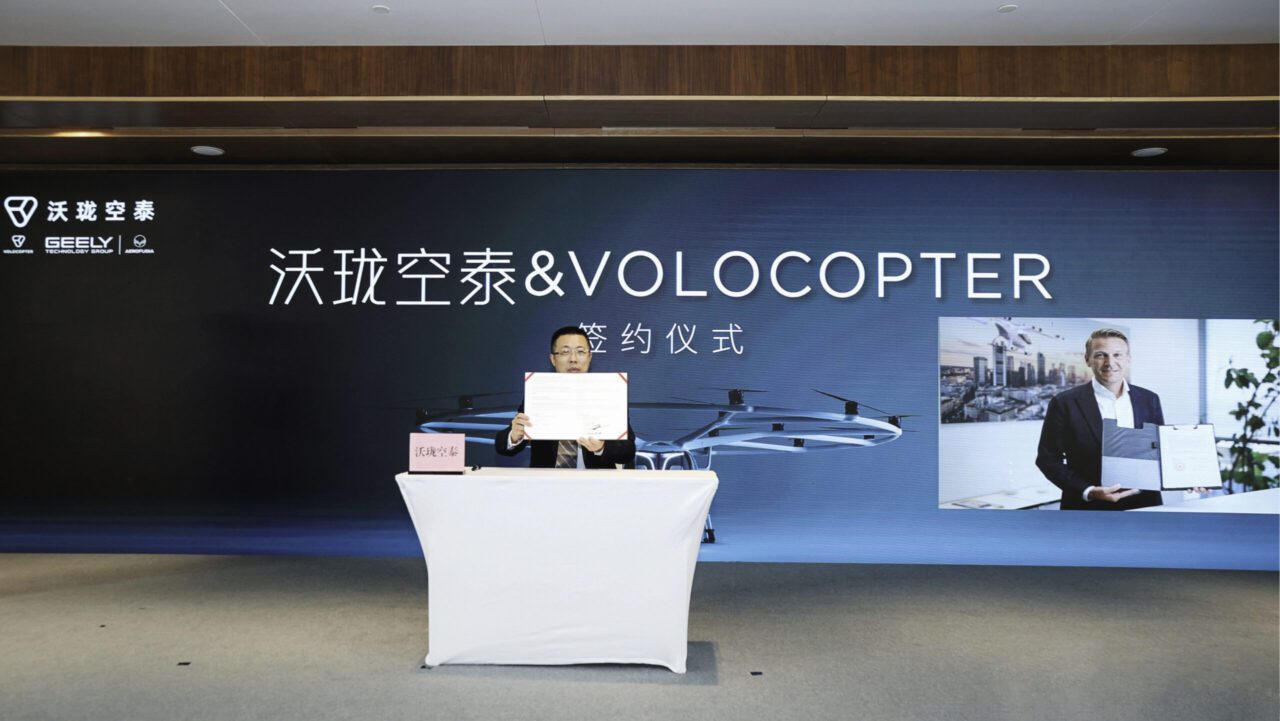 Volocopter is expanding in China with a new joint venture. (Volocopter Chengdu)

German urban air mobility company Volocopter has announced a joint venture with a subsidiary of Chinese group Geely Technology, Aerofugia, to bring its UAM planes to China, according to a September 22 statement.

The announcement includes the purchase of 150 Volocopter aircraft and a Geely member joining Volocopter’s advisory board, the statement said. The company will operate under Volocopter Chengdu.

“Geely has been a valuable partner since they became our strategic investor in 2019,” said Florian Reuter, CEO of Volocopter, in a statement. “Today marks another important step in our journey to bring affordable electric air mobility to China, the biggest single market opportunity for the UAM industry. With the operational joint venture and Daniel Li Donghui as Geely’s new representative on our advisory board, we are in pole position to introduce air taxi services globally in a safe, sustainable and convenient way.

Volocopter will also produce its planes in China with a manufacturing contract with Volocopter Chengdu and General Aviation Manufactory Base of Geely Technology. Volocopter’s planes could arrive in mainland China within the next three to five years thanks to the deal.

“With its establishment, Volocopter Chengdu can accelerate the deployment of air taxis and UAM activities,” Jing Chao, chairman of Volocopter Chengdu, said in a statement. “UAM is an important part of the new aviation industry, which coincides with Aerofgia’s technical itinerary and business plan of“ new energy, vertical landing and take-off and autonomous driving ”. As an investor for both Aerofugia and Volocopter, Geely looks forward to Volocopter Chengdu realizing urban air mobility in the near future.